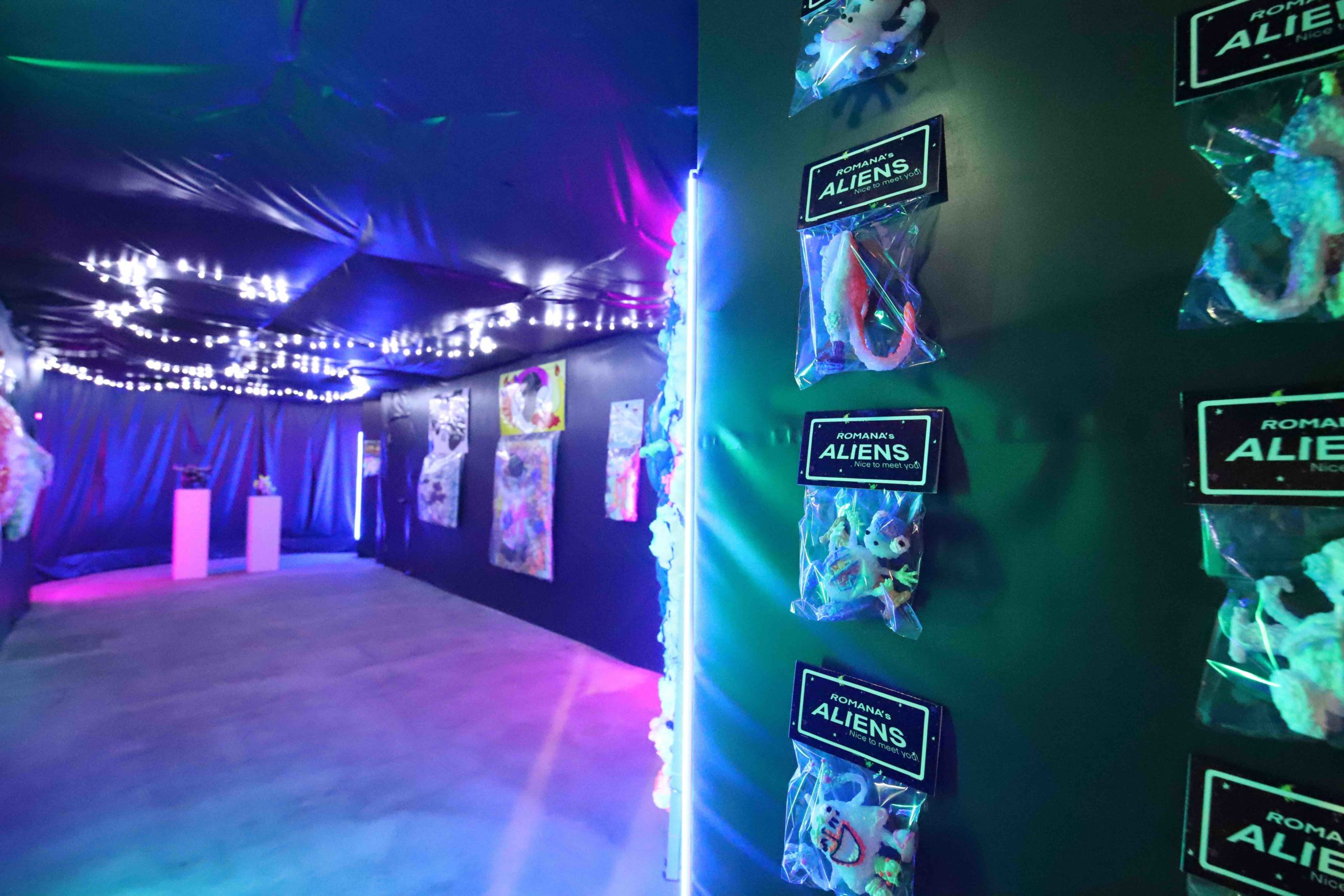 Tanimura was born in 1998. She is currently enrolled in the Graduate Tohoku University of Art & Design.

In 2021, she won the grand prize for her graduation work at Tohoku University of Art & Design, and attracted attention with her huge work named ‘exotic fire dragon ‘Masuda Three Brothers'”.

In this exhibition, the latest works from the ROMANA TOY STORE series she has done will be exhibited as space version. 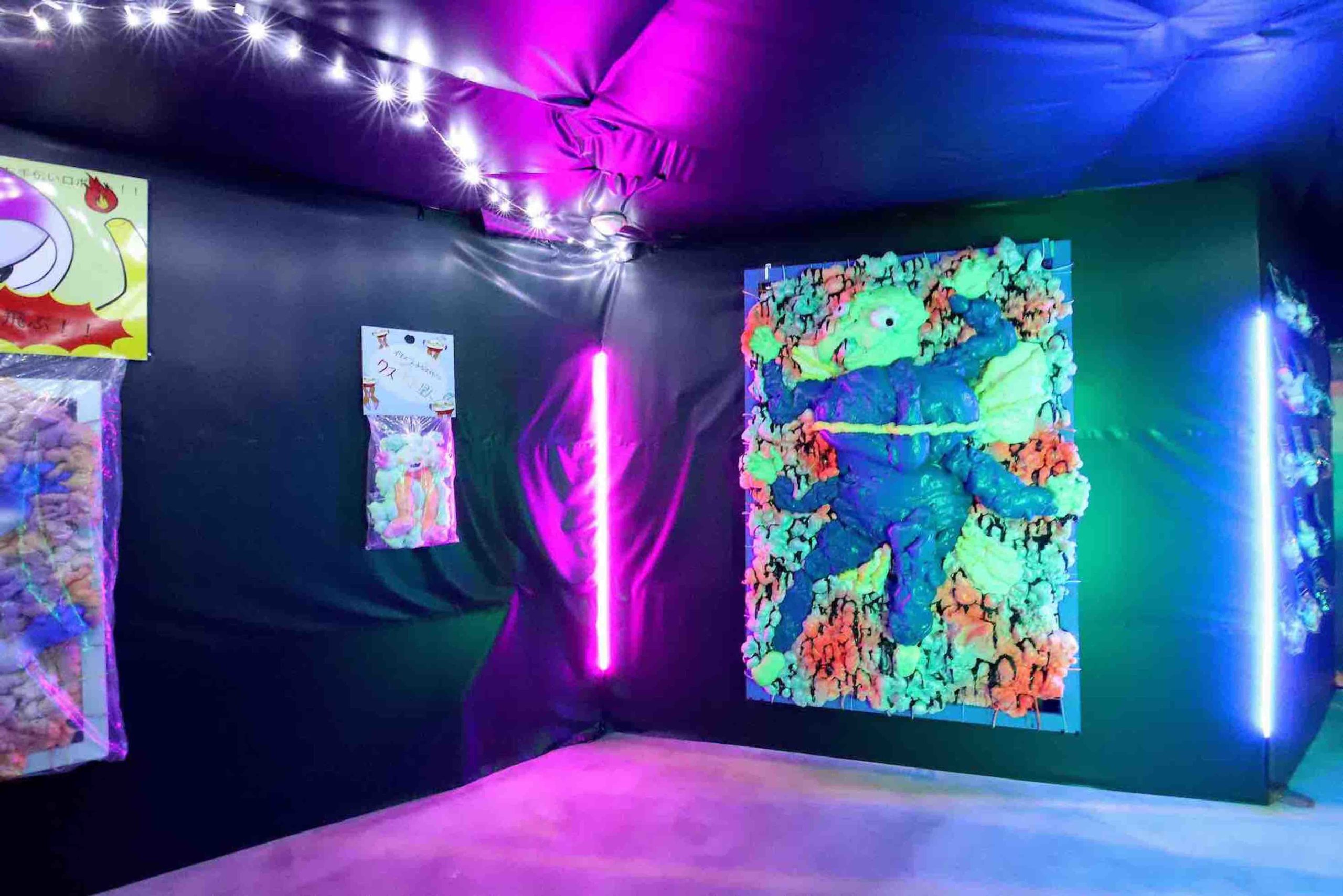 Her works are strongly influenced by cultures around Japanese soft vinyl dolls and cartoons.

Soft vinyl culture (hereafter “sofvi culture”) flourished during the monster and transformation booms of the 1960s and 1970s. Monsters and transformations in visual images, as typified by so-called tokusatsu works, are characterized by bringing the unusualness into daily-life.

The soft vinyl dolls was made to recreated their images.
And it goes without saying that the fact that children can actually touch and play with these has greatly changed their acceptance of tokusatsu works. 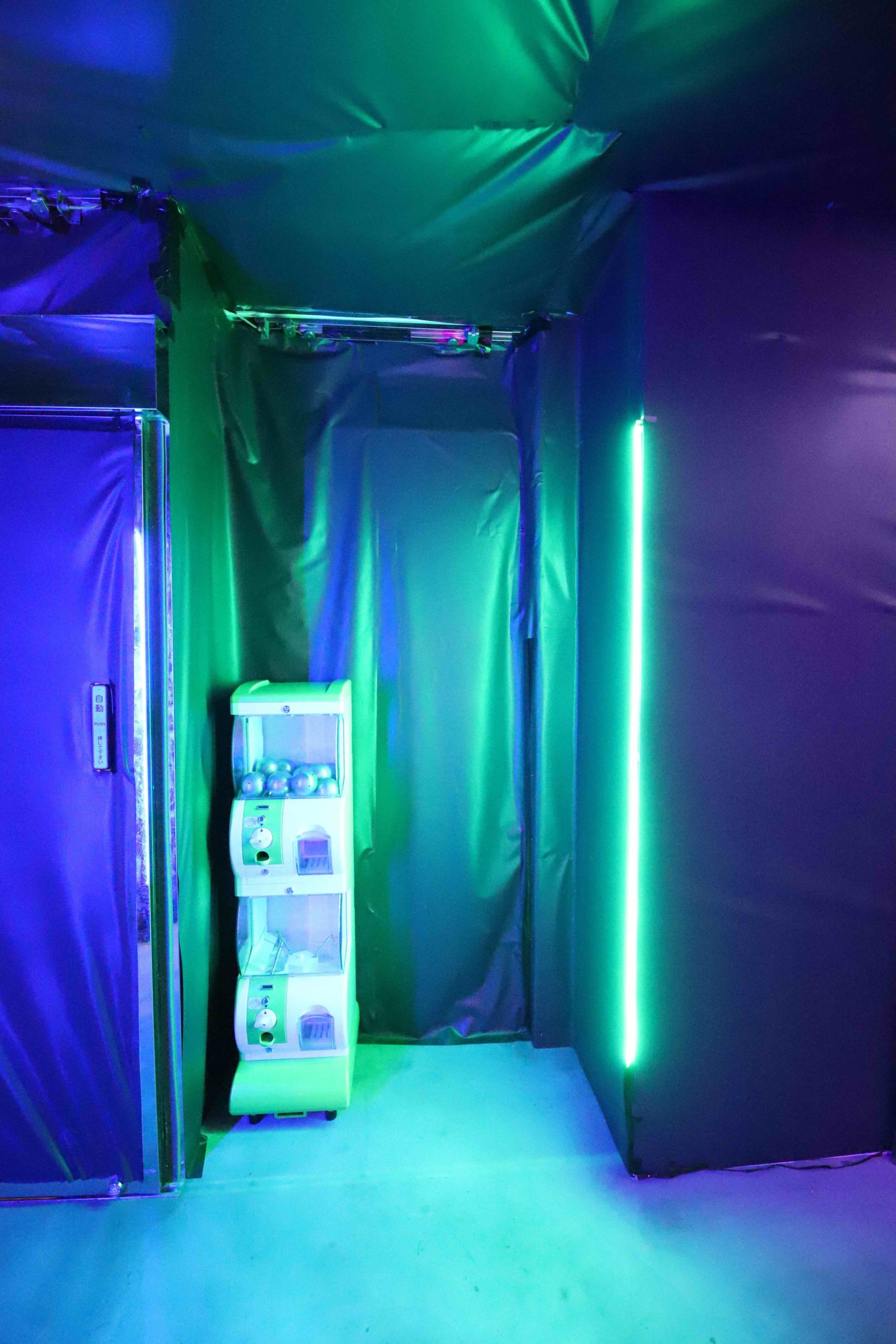 Her interests in touching actual objects and familiarity can be recognized in the capsule toy machine installed in the exhibition space. (And you can actually turn the handle of them.)

While, sofvi culture today has moved away from reproductions and imitations of characters, machines and animals, and more and more sculptures are arising from the narratives of the individual artists, and Tanimura’s production is not exceptional.

The Toy Shop, a window display of actual toys and advertising materials by Pop Art stalwart Peter Blake (b. 1932), stirs a longing for the past.

On the other hand, while many subsequent Pop Art works have used pop representations as a means of criticism against popular culture and economic activities, however, Tanimura’s works are based on a simpler immersion, fascination, and respect towards those pop cultures.

Tanimura’s work, along with her passion for the unique Japanese culture of sofvi, evokes a vigorous will to weave unique narratives, forms, communication, and traces of memory into the future without pure appropriation. 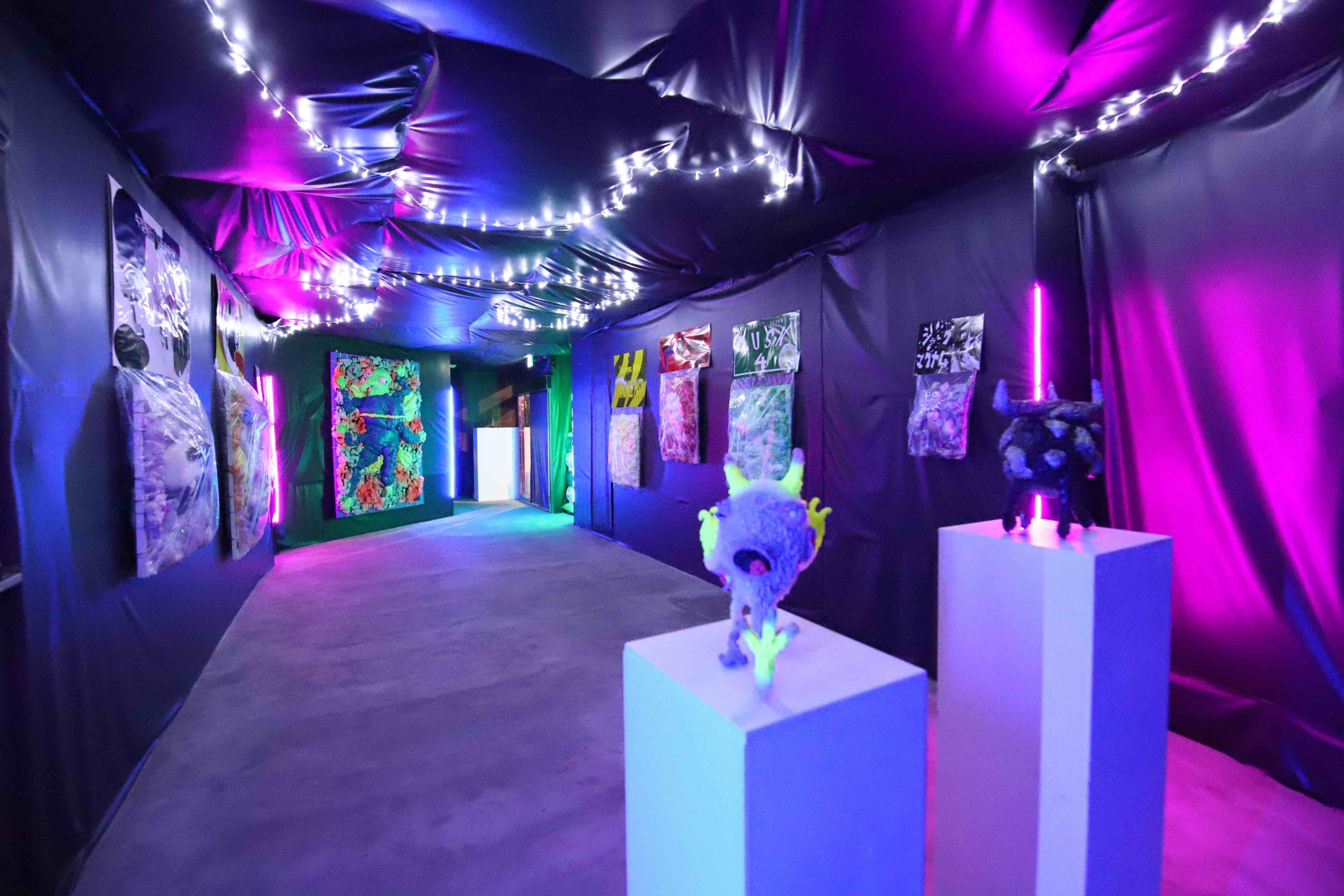 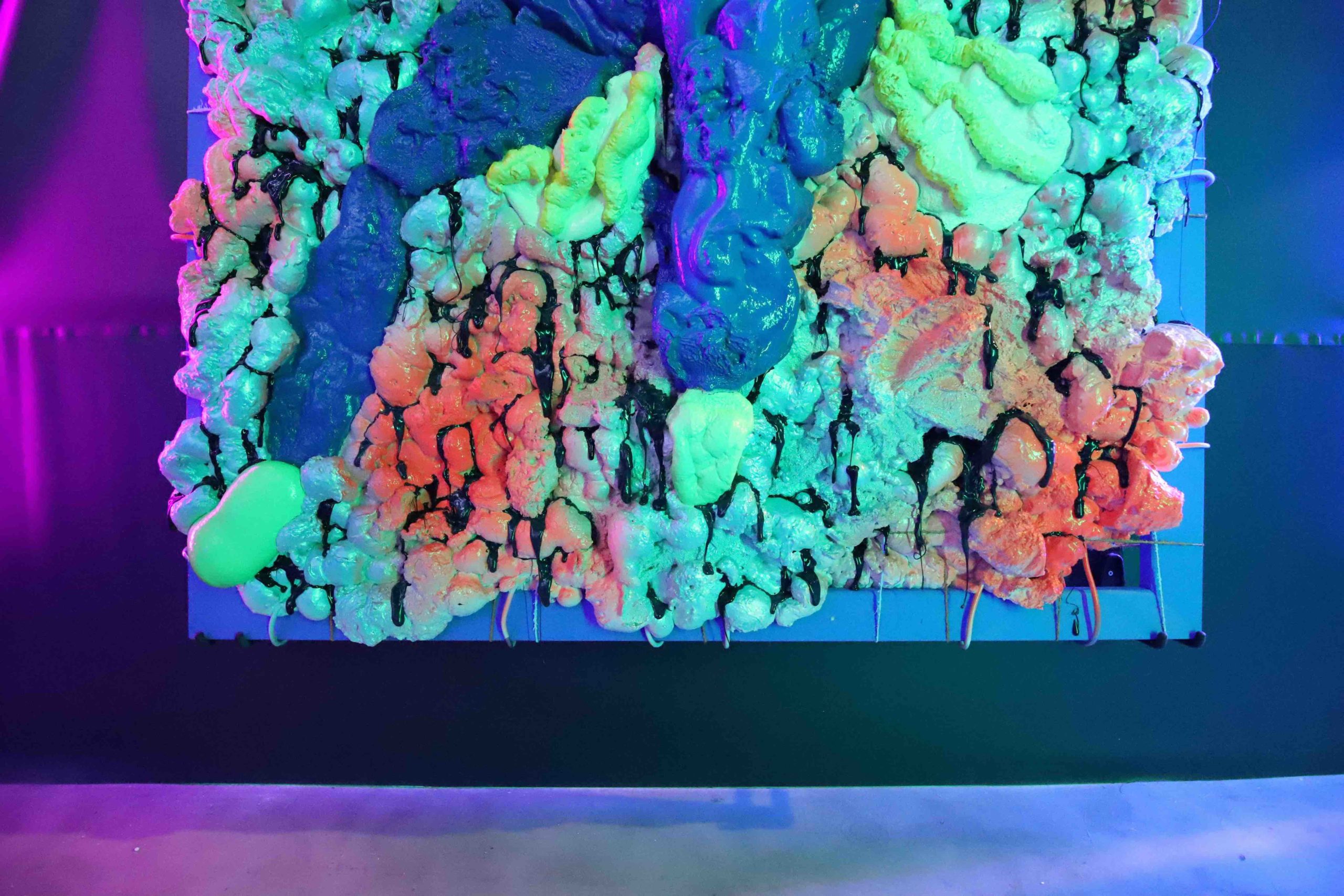 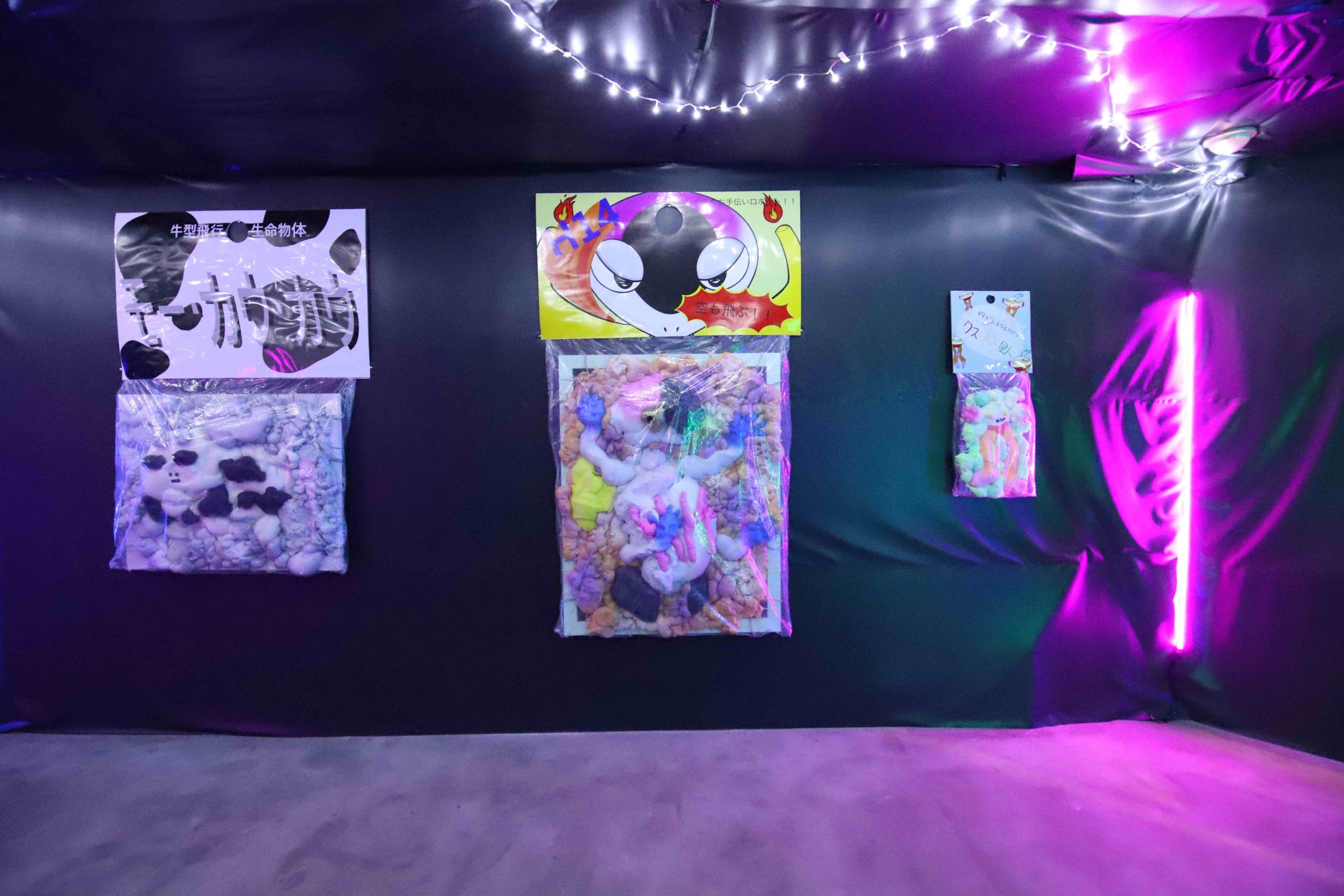 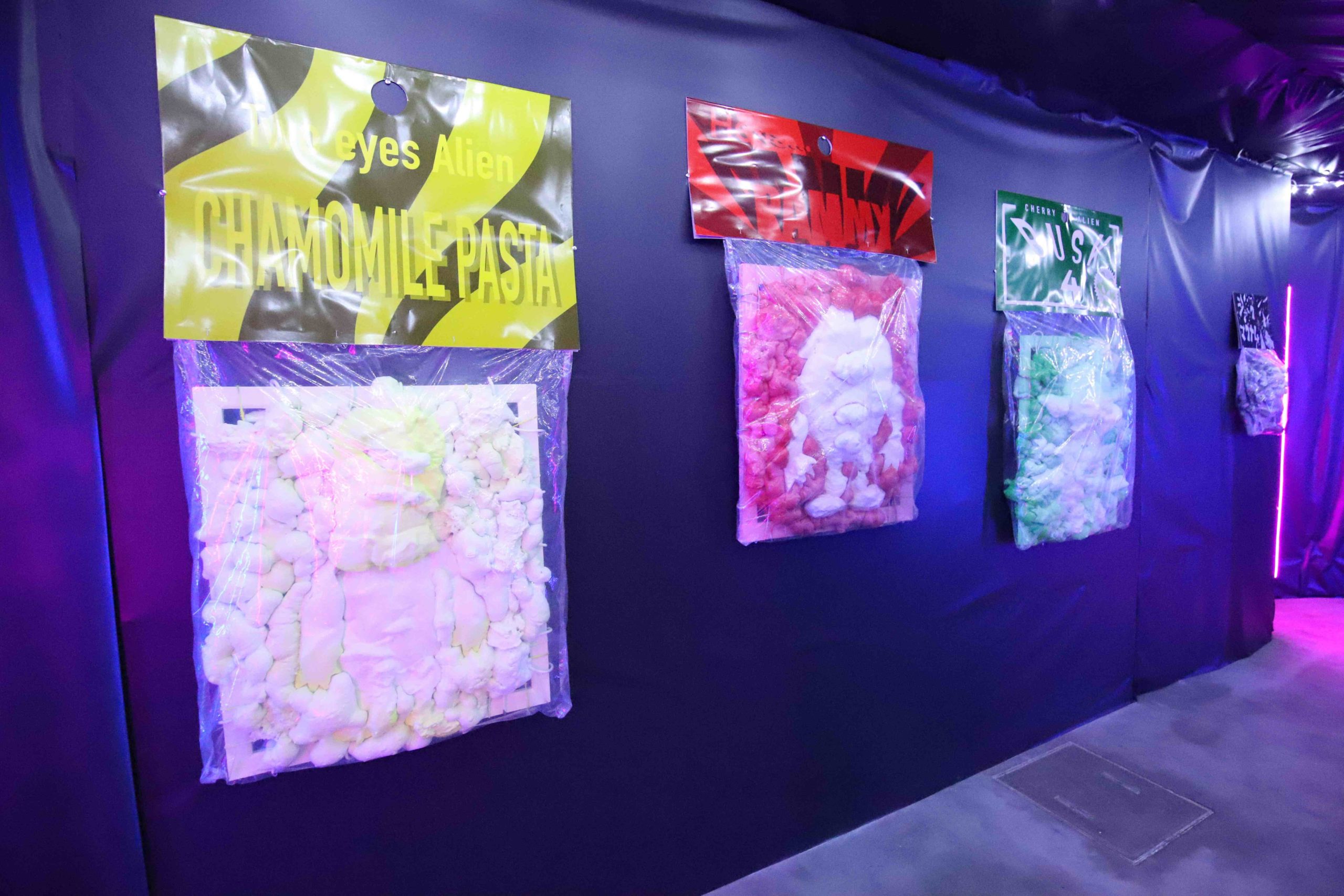 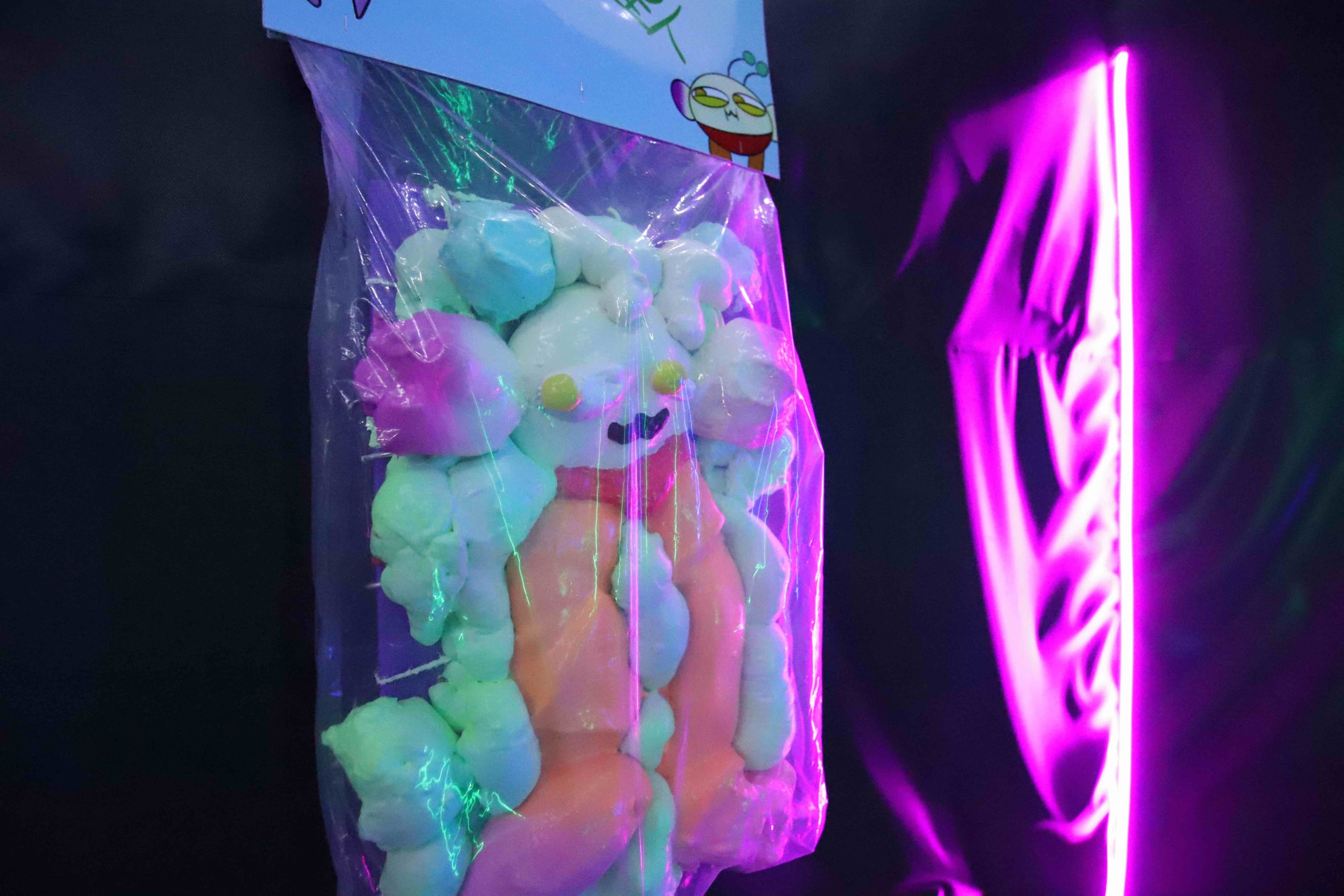 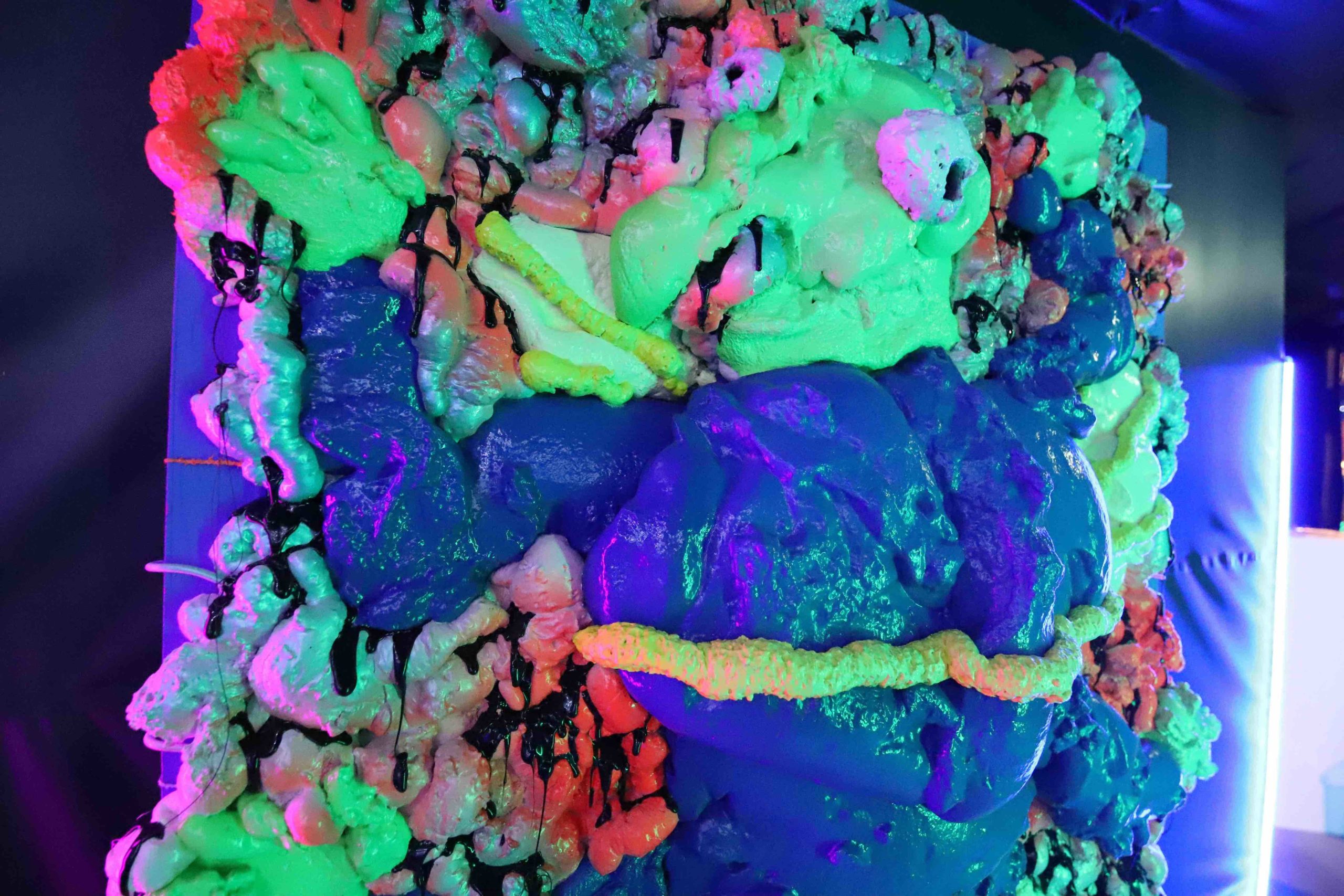 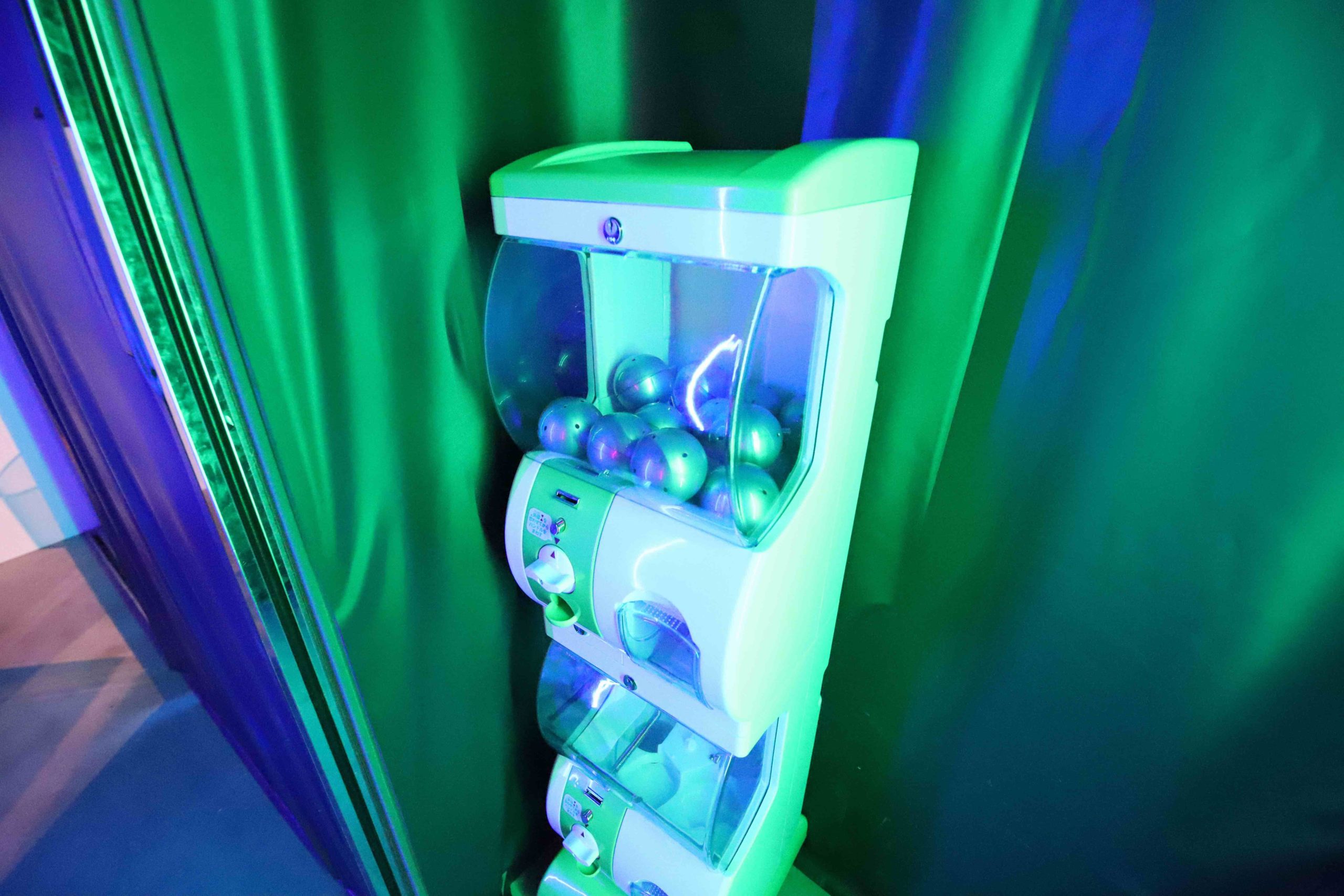 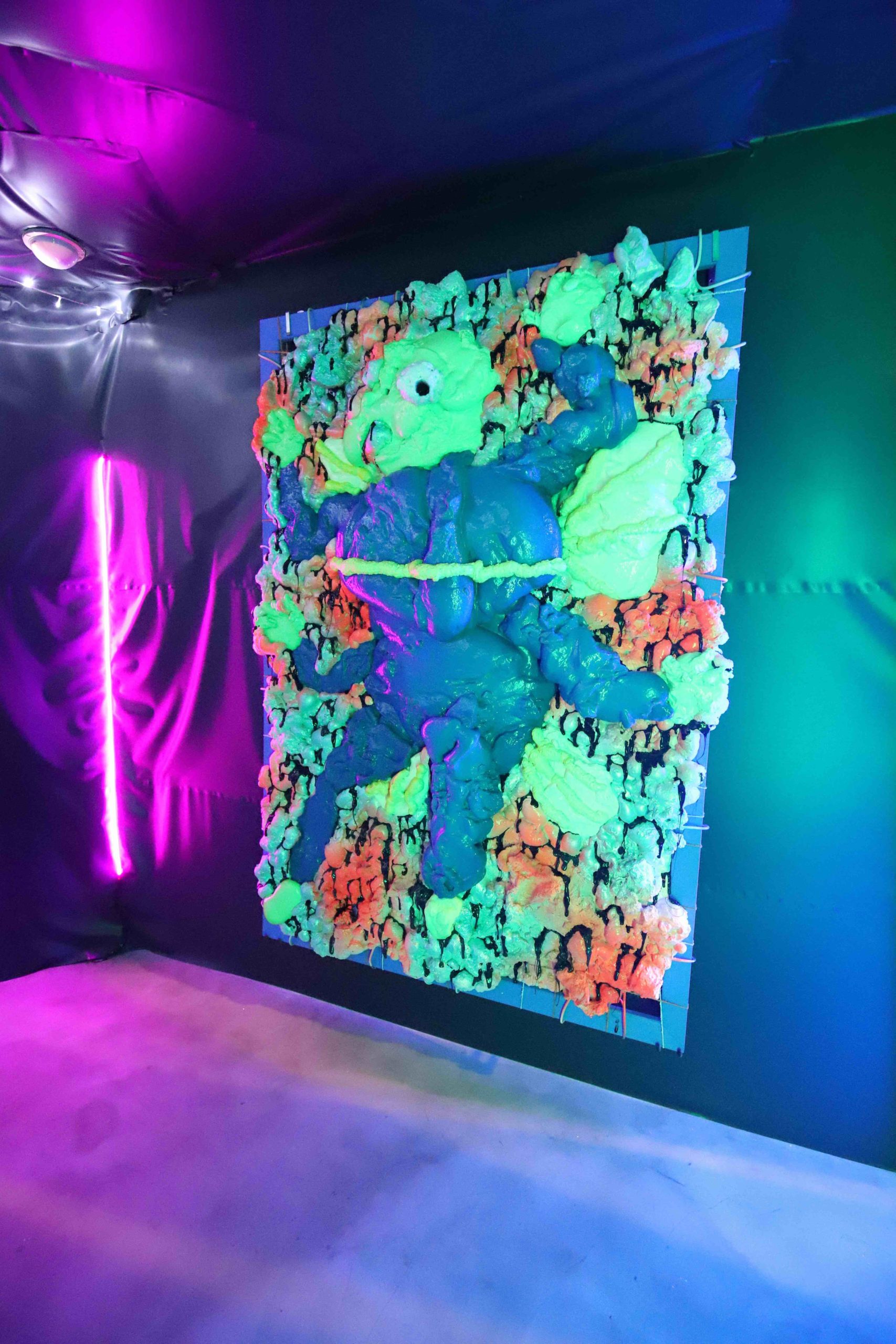