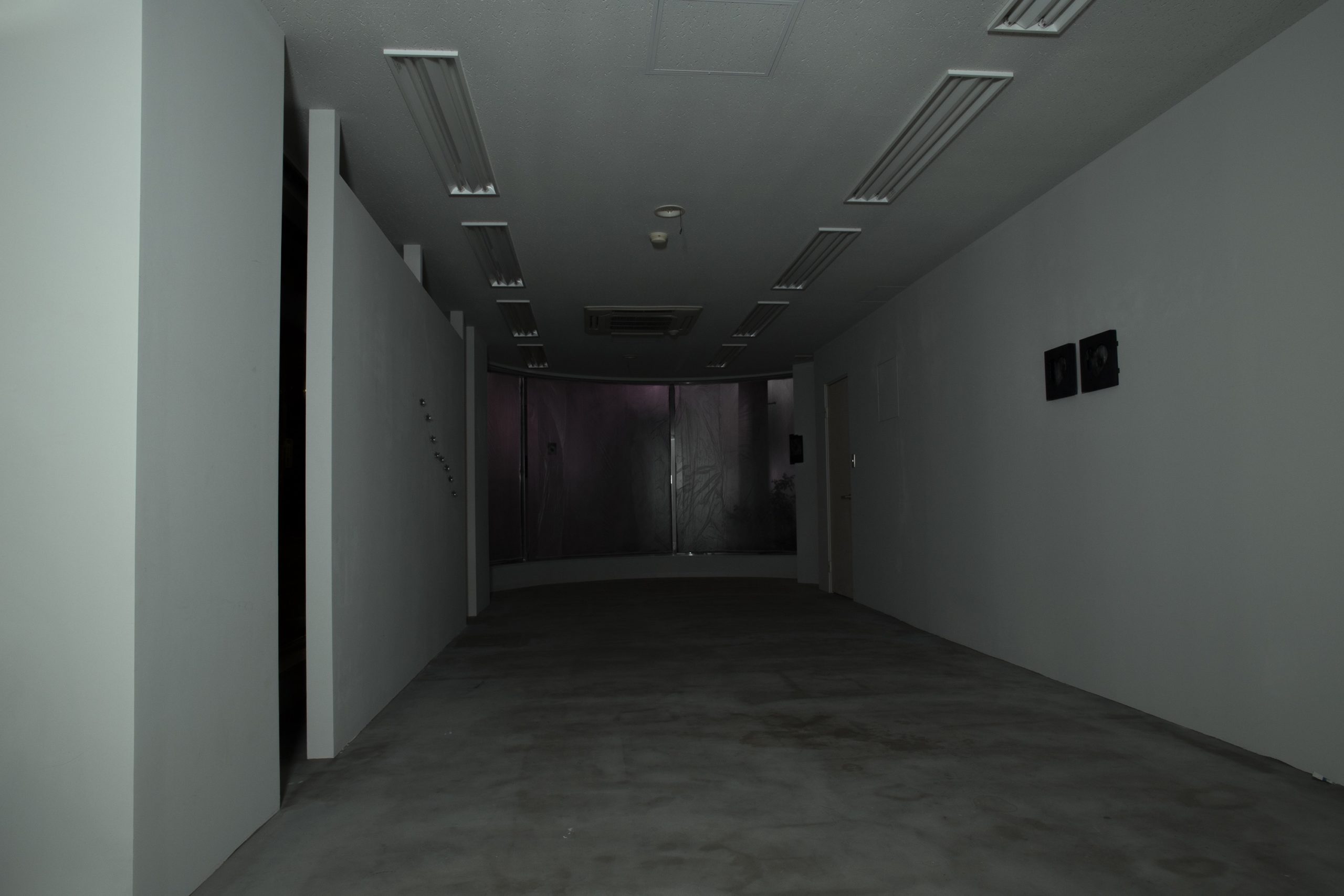 All along the shower floor, there’s hair. Long sinewy lines point towards the drain, where the hairs resolve in clumps over the tiny black holes.

It always bothers me a little, that I can’t see where all this water goes—even more so now that the strands have formed a makeshift web over the drain.

Yesterday, I saw a dreamcatcher dangling from a tree. It turned softly in the wind as a shriek erupts from the drain.

What happens to something when it becomes wet?

Maybe the truth about wetness is love. I suspect that, at the core of the emotional structure which constitutes wetness, there is a process of self-division that ends in unification.

At the microscopic level, I think it resembles cellular folding. It is both steady and resigned at once.

The fractaling repeats until it begins to resemble a trembling, silent urgency. 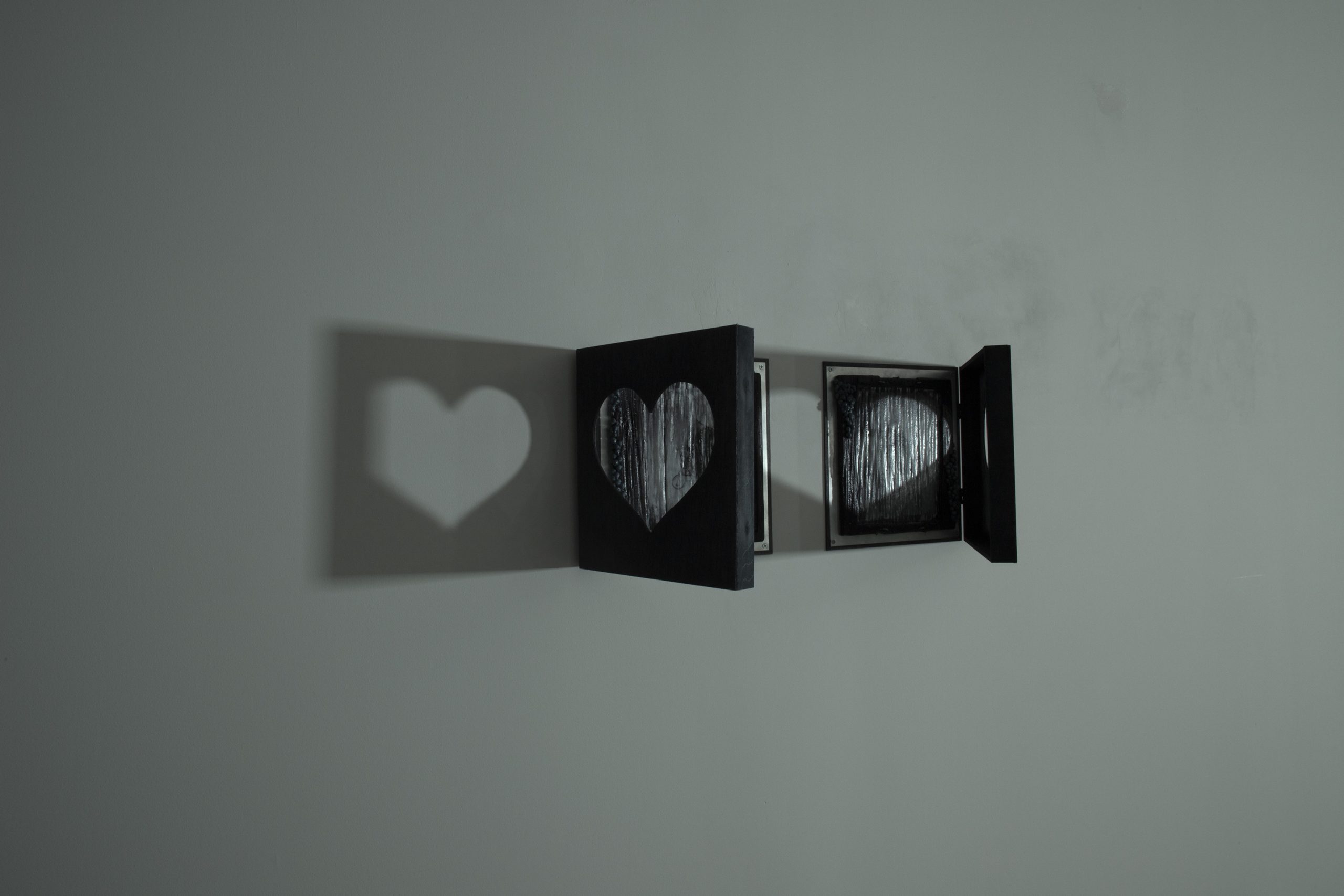 Again it’s the “running” dream. I recognize the latency in my body immediately.

It’s the vectorial vortex where I am continually pained by knowledge that I can move faster than this.

I ooze my way through hallway after hallway, each lined with doors that are all slightly open.

But I do know that behind the doors, each intentionally varied in coloration and material, there is an interconnected matrix of tunnels.

Chutes for delivery. It’s likely they were built to expedite the exchange of medical supplies


—is this a hospital?


Without having to go inside the rooms, I know from where I am that I can’t pass through these tunnels.

But something else can. I think it’s the malicious presence, or the reason I am “running”.

Something echoes inside of these tunnels, but I don’t know yet what this dream stage is asking me to reveal about myself before I can progress further. 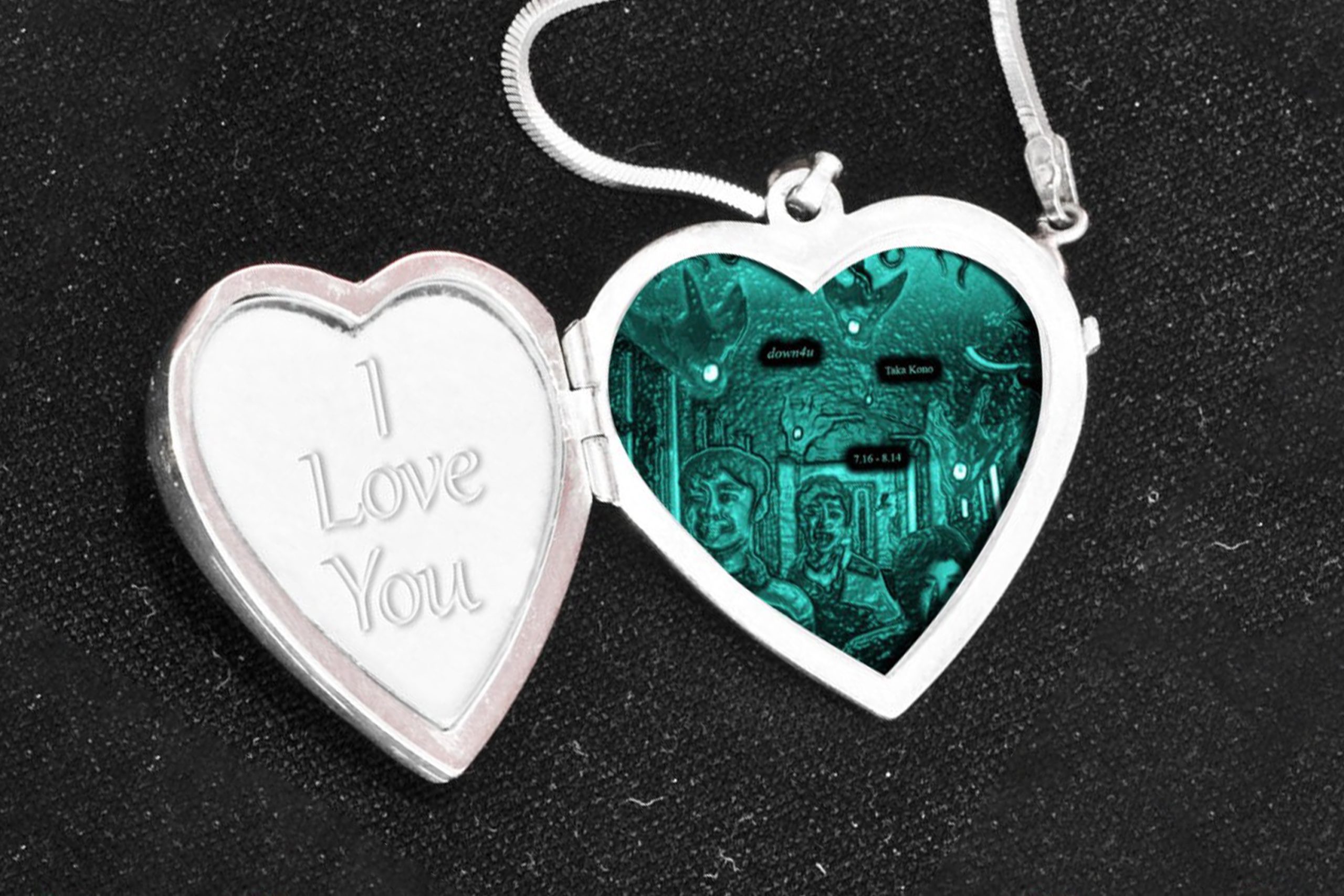 Because it frightens me, I become more likely to notice.

Because it frightens me, we have now established a connection.

Fear demands me to notice, sticking to me, like wet hair to a face.

Horror is a kind of intimacy. I think I saw something, but did I imagine that?

It’s not the imagination that frightens, I don’t think.


What truly drives fear into my body is the possibility for my imagination to amass physical weight.

There is the low gurgle of water rising in a bath somewhere nearby.


My body has not made contact with any water in quite some time.

Review by Valerie You in Solo Show below.

The most distinctive feature of Ritsuki Fujisaki gallery is its curved wall corner with a retro window glass display. From the outside, this window is repeated on five floors of an 80s building, among vertical stack bond tiles.

These resemble 5 raised bands resting over the spine of an open book.

The trope that seals the deal is the verge planter jutting out from the base of the curve.


Taka Kono has blocked the window with plastic sheets.Semi-opaque, they come to be bathed with the hue and lights of Yanagibashi Dōri Street and give the impression of something between a shower curtain and a screen.

It’s as though a projection broke down mid-film, leaving the viewer to confront an empty surface. The screen is re-imagined as a prop, animated by pareidolia.


This simultaneous embrace and defiance of tropes creates a tension that is sustained throughout the works in Down4u, where nested ambiguities string together intersections between the deliberate and incidental.

The source image is subjected to coincidences of chemical reaction and wood grain texture. The result is more pareidolia on what appears to be waterlogged remnants from a shipwreck, mounted on aluminium and covered in ‘barnacles’, which, upon closer inspection, turn out to be tiny sculpted miniature heads.

In the blocked window display we find the source image: a photo of hair clogs on a shower floor.

It’s what remains of a spontaneous installation on a shower wall, the hair which was arranged to spell “i was protecting u, u dumb piece of shit”.

Now we see its remnants positioned at eye level between overlapping plastic sheets.

A vertical column enframes the print like a ghostly banner; this may or may not be the echo of a shinto shrine flag erected in the street in front of the verge planter.


The show is austere but complex.

It is as though we were amidst a collusion of coincidental relations, the sum of all parts amounting to a supernatural order. This cosmology seems to be implied in the hair braids on the main piece, Godsend.

The sculpture is an interpretation of a dreamcatcher, with braided hair tassels binding a horned trilobite form to a spinal column.

Its fearful symmetry has been inaugurated by flame; two burnt candles rest on each side of the body. This piece is mounted behind a glass window next to the gallery entrance, the wall slightly tinted by a shade of blue native to J Horror cinema.

Behind this wall, a piece called ‘Once the heart is dead there’s nothing left’ is strung across the wall. This seems to introduce a sort of ‘man behind the curtains’ effect, revealing the theatrical trappings behind the theatrical front. Attention is drawn to the J Horror hue via blue LED lights, glowing inside sculpted casings that resemble makibishis fused together with water caltrop (devil nuts).

Kono does not conceal the wiring of the LEDs; the work gestures towards multiple figural resolutions while never quite settling for one: a broken spinal cord, or cosmic barbed wire, some distant inaccessible constellation. It’s the only piece in Down4u with a declarative title.

Maybe some artists make art because they strive to rekindle the illusion of non-mediation, after being inoculated to production tricks of their trade.

Being all too conscious of the artifice and conventions surrounding film production, Kono found that J Horror no longer affected him as it did when he was a child encountering the genre.

He started watching them as though they were romances, reimagining the long-haired Yūrei archetype as love interests.

Like Sadako from Ringu literally emerges from a television screen, the exhibition is fraught with conflicted entry points to their reference material. Archival traces take shape as an indeterminacy between closure and sensuality.

This tryst between the textual and textural, both trying to overpower each other, even contaminates the source from which the exhibition draws its namesake:


“I ride for you, Down for you
Do anything ya want me to
I be ya down ass chick”


One cannot help but start to hear an otherworldly quality in Ashanti’s vocals after experiencing Kono’s show. Suddenly it’s been reverse-engineered as if Ashanti were actually manifested as a yokai, down bad for the listener.

Around half an hour into the film, we see a meeting with a film executive, Mr Roque, sitting behind a plexiglass wall in a room constructed out of curtains and noir spotlights.

The heightened artificiality of the scene seems to indicate a higher level of reality beyond narrative; the viewer understands, implicitly, that the film being referred to in the dialogue, the very same film the audience is watching.

Mr Roque is informed that the woman he desires as the star of the film will not be cast. Menacingly, he calls for the film production to be ‘shut down’. The scene slowly fades to black (or are the lights in the room actually being dimmed?).


There is a huge shift in the following scene, where two characters in a cluttered office are forcefully laughing about ‘an unreal accident’.

This gives the audience a bizarre sense of being released from within the plot, like the characters and audience were both bound to some sloppy, comical ontological remnant that persisted after the film had been ‘shut down’.

The gears of the film violently spin back into motion when one character abruptly shoots the other in the head. After the shooter wipes his gun, we cut to an extreme close up, the camera panning across strands of the victim’s hair sticking out in a horizontal line. Is this a cartoonish flourish, to mark the path the bullet travelled? Or a pastiche of forensic procedural dramas?


Like Junji Ito, Kono reconciles two types of horror, the visceral and the unknown, through an order of things by which we see bodies affected by higher forces.

This order is collapsed in down4you. The visceral horror of wet hair and decay is tamed because their status as media tropes are revealed. These elements are also rendered wildcards because their domestication gestures toward an extra-textual dimension which crosses over to haunt the site.

One gets the sense that, parallel to Taka’s intentions, an unseen force is winking with us, like a mentalist that has preempted every move in the puzzle box of our engagement with the installations.


Taka Kono insists on intimacy after horror is tropified, after fear disappears into the original context of its orchestration.

We are left with something more unnerving: the enigma of love.