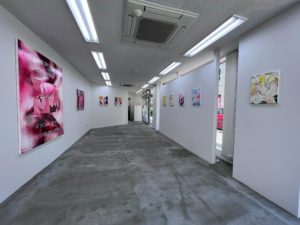 Ritsuki Fujisaki Gallery is delighted to announce an exhibition “Who said it was simple?” by YAMAMOTO Layla.

YAMAMOTO Layla was born in 1995 in Tokyo.
She entered School of the Art Institute of Chicago in United States in her teens.
Her experience and impression around culture gap between Japan and United States is one of the important themes in her works.
Perspective as a Japanese artist who stayed in United States is characterized among artists in same period.


In 2021, “After the Quake” with Souya Hand Projects exhibitis a series which is themed about relations between Japan and United States through nuclear accidents and Aftermath of the 2011 Tōhoku earthquake and tsunami.
Group exhibition in 2020, “New New New Normal” in GALLERY MoMo Projects presented works about social oppression to pregnancy and childbirth in references to Karl Marx and Margaret Atwood who is famous for “The Handmaid’s Tale”, “The Testaments”.

As the first exhibition in commercial gallery, three serieses urges people to have a new perspective towards Anime culture which have been devoted to men’s world by introducing feminism standpoint.

This exhibition consists of three serieses below. 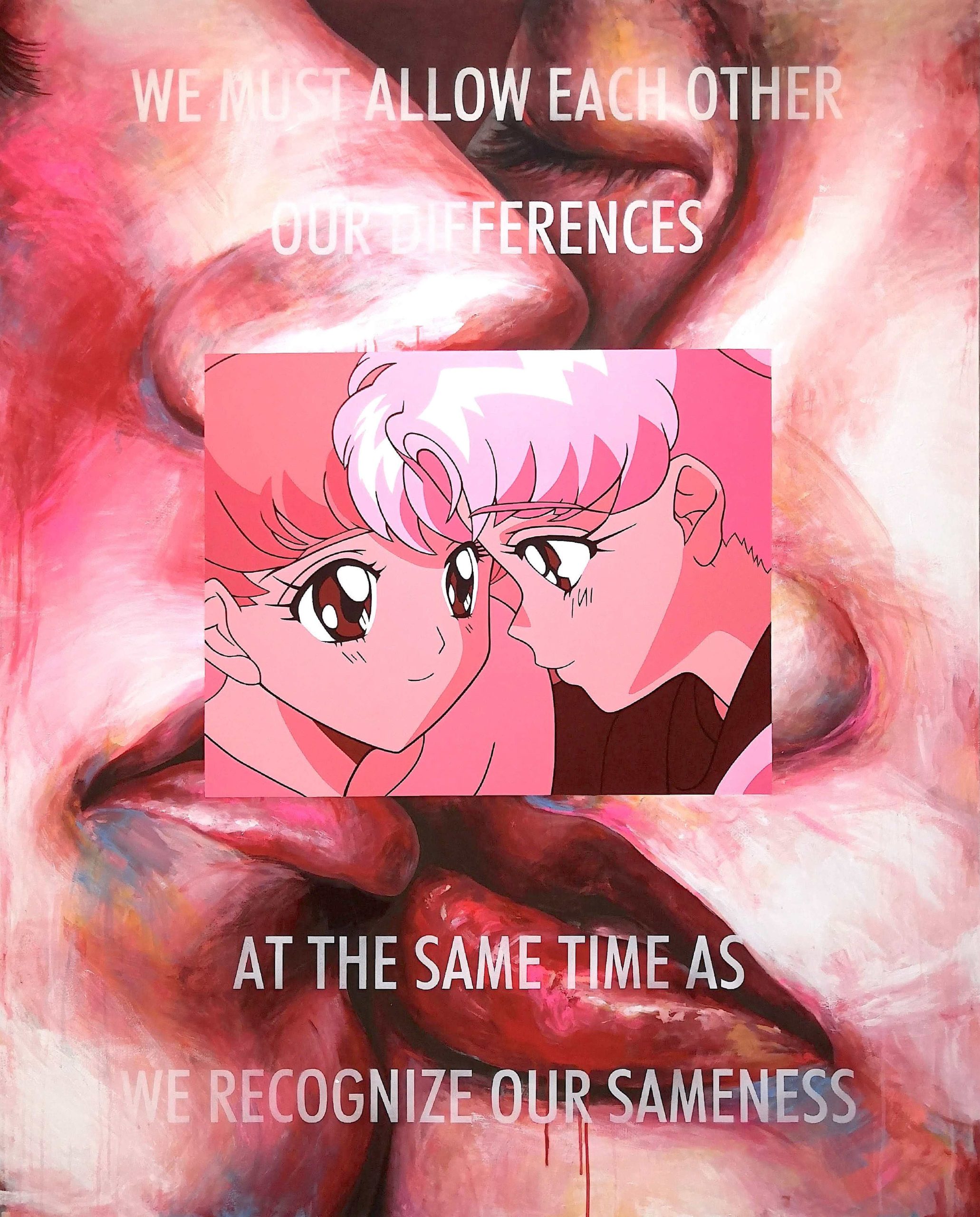 “Who said it was simple?” series which has same title as this exhibition is presenting problem around simplification about imblance of hierarchical powers and each woman’s problem which has otherness.
Those mechanics of simplification conceal difference of each backgrounds for each woman and make each discrimination and oppression invisible by assimilating any women to typical female image.
It is unevitable that we face collisions and pain when we refuce to compromise assimilation to majority and we tryt to forge solidarity with respect for otherness.
However, we need to resist this mechanics of simplification and overthrow patriarchy to achieve feminism.

The name of this series “Who said it was simple?” cites from Audre Lorde’s poetry which focuses on whiteness theory.

In the center of those paintings, two girls gazing at each other are placed and it implies ideal state of solidarity.

Meanwhile, females on background are drawn with a rough stroke like Jenny Saville and evoke difficulty of otherness among females.

Through this contrast, while showing the gap between sisterhood in animation and reality, it leads us to YAMAMOTO’s longing solidarity in animation from her young age. 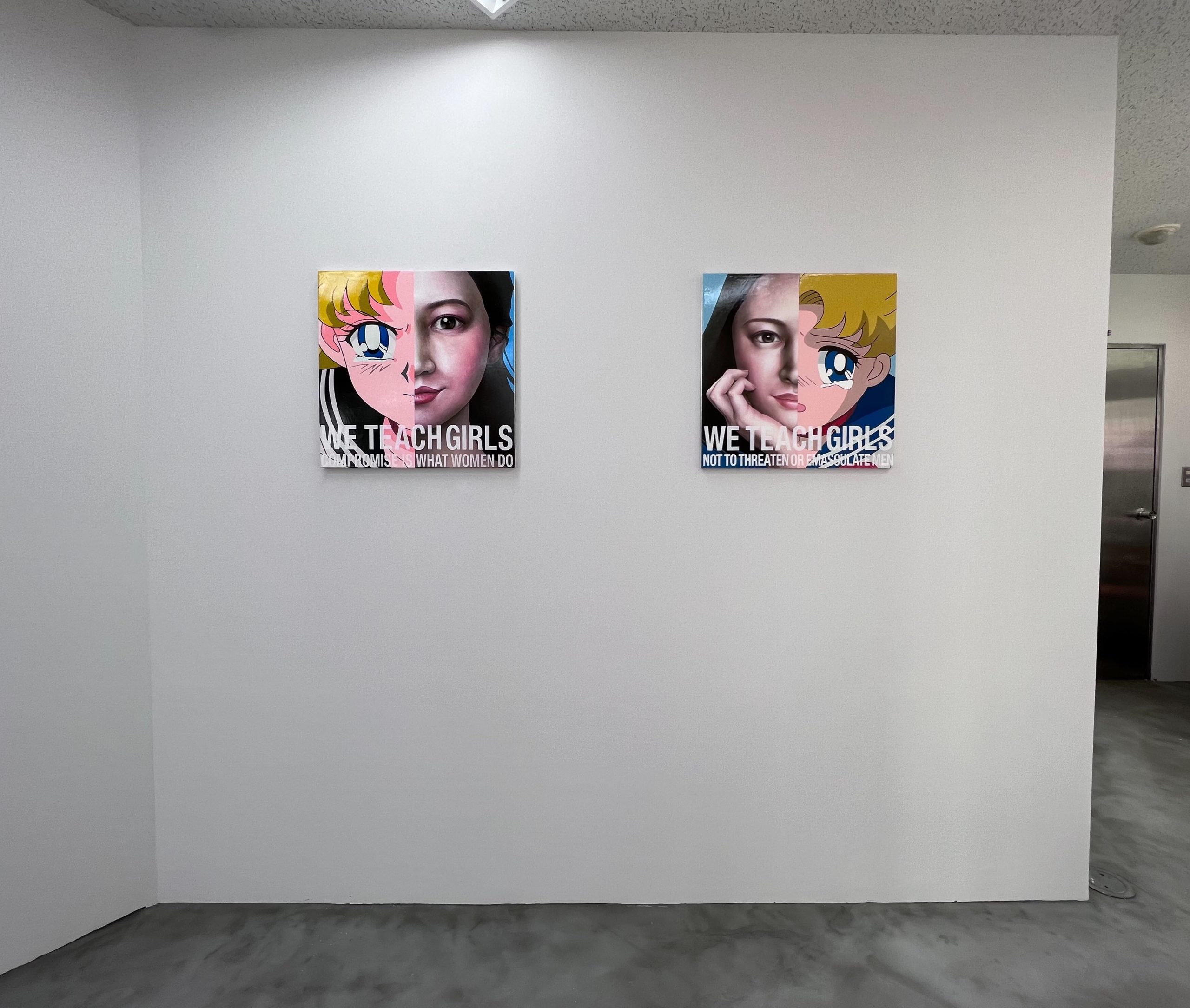 “Flawless” series is cited by Beyonce’s song.
This combines advertising image such as cosmetic surgery and cosmetic denistry.
Those image from those advertisement emphasize representation which is smile, white teeth, smooth skin and beautiful face and those elements of symbol for perfect adult female become gaze towards women in real world.
This gaze is placed opposite from the story in girl’s animation which states winning freedom with personal growth.

Screen which is divided into perfect smile from advertisements and sad or angry face from girl’s animation implies hostile relationship among those.

In different part, each sentences are referencing to Chimamanda Ngozi Adichie (The thing around your neck, 2009, Half of a Yellow Sun, 2006) with the way of Barbara Kruger who is well known as feminism art utilizing advertisement criticism.
She participated in a lecture titled “We should all be feminists” at TEDx in 2012.
This title is also famous for Beyonce’s quote for her song.
The words from Adiche which is being referenced in “Flawless” series indicate how the society trains girls to adopt patriarchy. 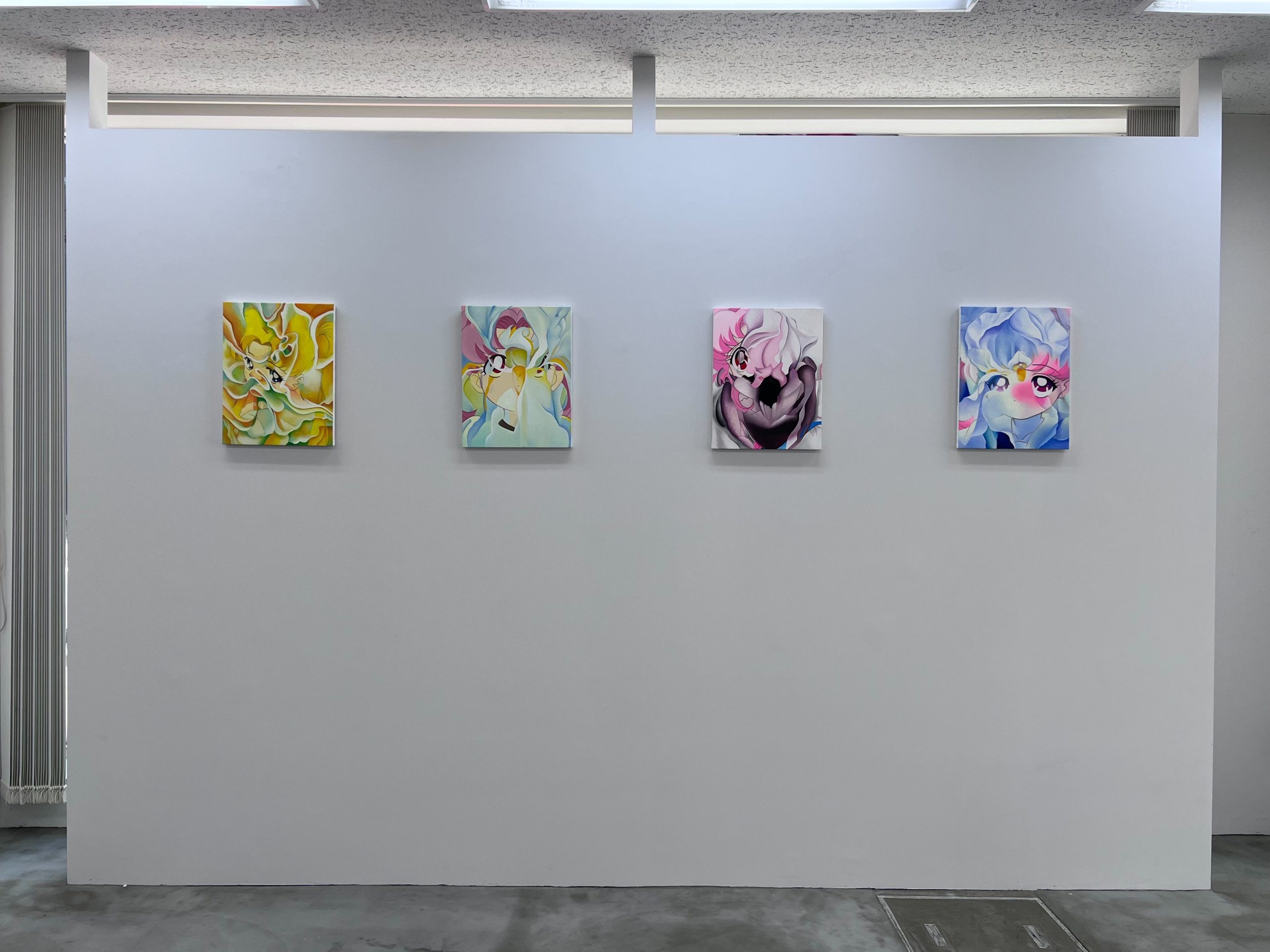 “I hate flowers” series throws a critical eye towards a gaze for girl’s animation by referencing Flowers series from Georgia O’Keefe although it seems to be cute at a glance.

The name of this series is from O’Keefe’s words and its series brought financial success by sexual interpretation such as metaphor of female genitalia.

Its series has been exposed to a stereotypical interpretation such as “flower = genital”, and it is often spoken that female genitalia are drown metaphorically by introducing Phychoanalytic theory.
O’Keefe rejected those type of explanation, however, those were pushed by Alfred Stieglitz who was her husband.
Also, Judy Chicago also treated works of O’Keefe in this way and tried to position those as feminism art.

“I hate flowers” lays such background over the sexual gaze towards girl’s animation.

Girl’s animations are often exposed to sexual consumption as well as Okeefe’s work are carelessly linked to genitalia.

Even though it should not be your own, you may see faces as a society, not as our individual one.
It is fortunate that you bring it back to your daily life.