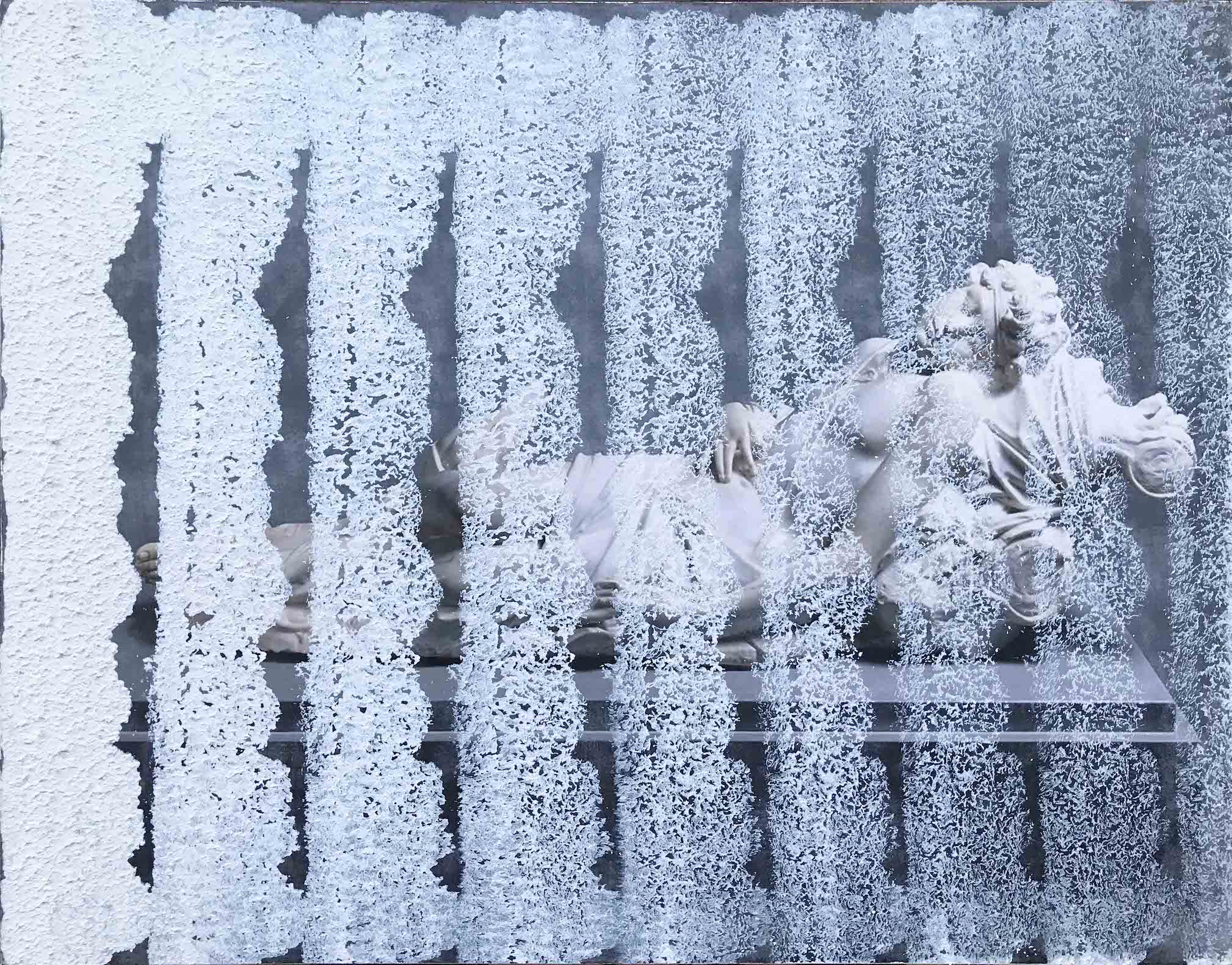 This exhibition serves core works from his new series “Calcite on Myth”.
New series is created to repeat paints containing calcite by a roller on a transcribed photographic of a mythical motif statues. 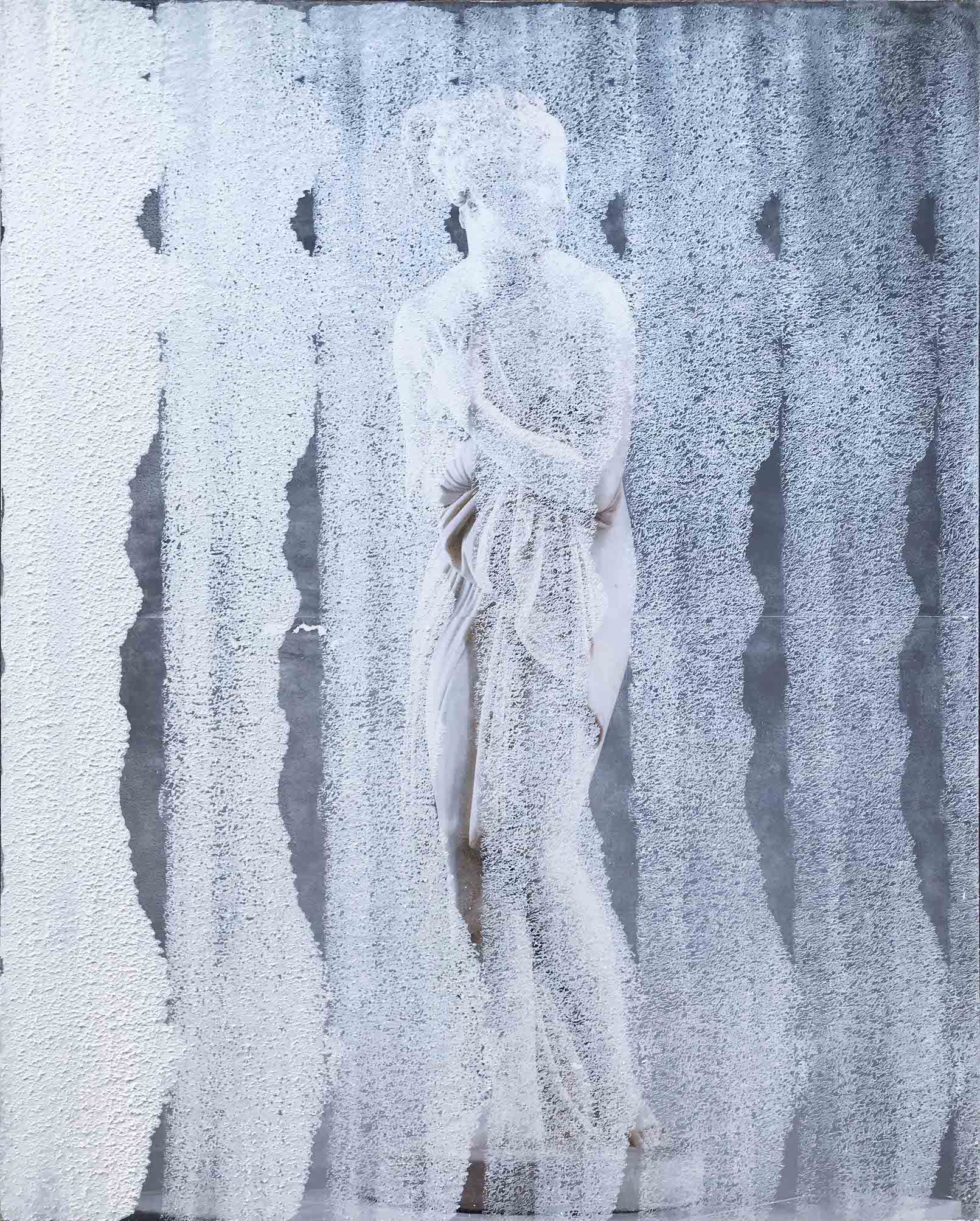 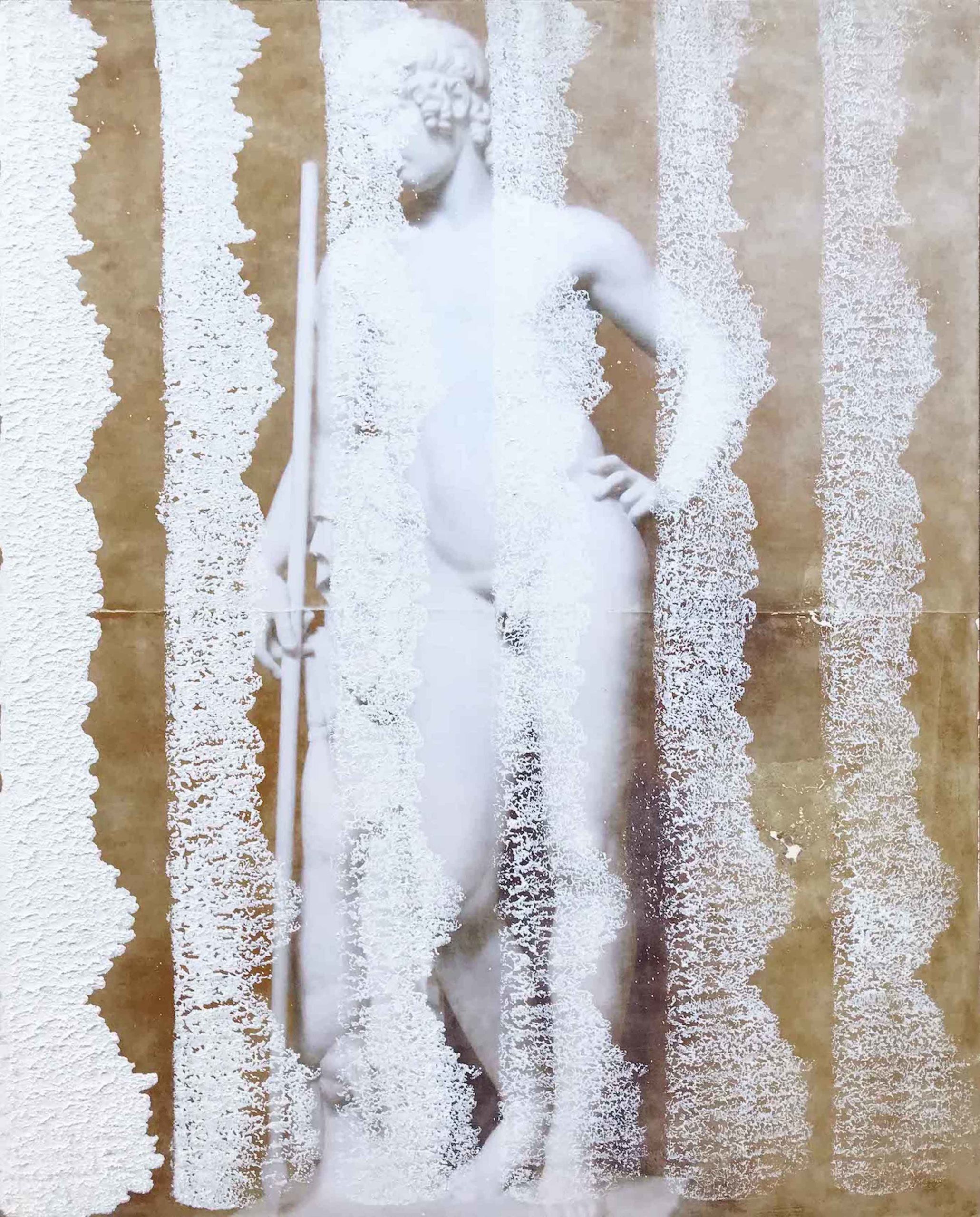 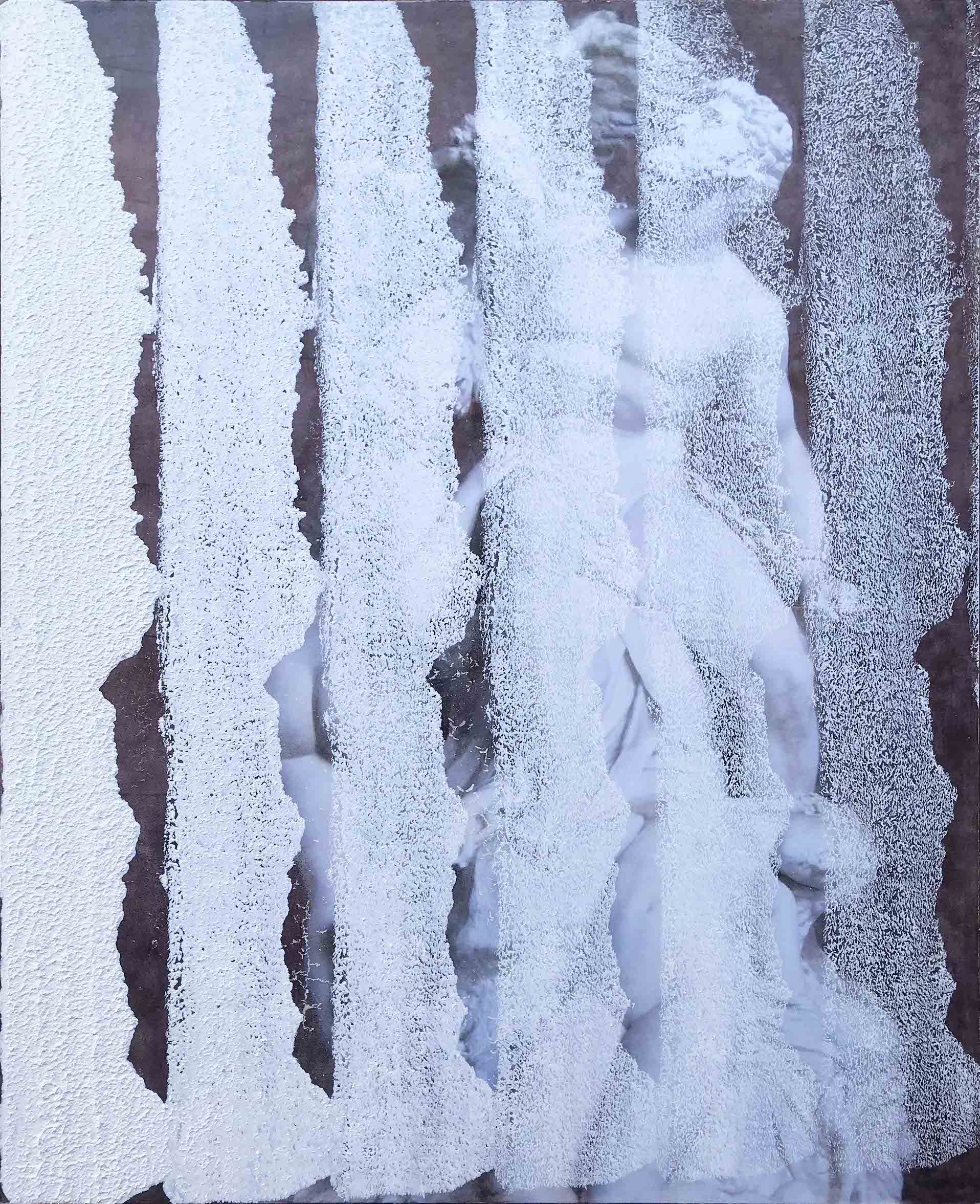 Shohei Yamamoto is known for the series which repeats images and symbols with a roller on abstract screen.
For example, in “reiiterate -laocoonte”, he repeats the contour of sculptures for the tragedy of Trojar war, and also in “reiiterate -ariadne-“, he does princess of Kreta called Ariadne which is in “Ariadne’s thread”.
In “reiterate -banana”, its repeated banana images reminiscent us Andy Warhol’s work which is famous for Velvet Underground’s disc jacket.

He utilizes digital software to simulate the size of panels. diameter of a roller and simulates images on canvas.
Self-made roller is a characteristics tool of his works.
It delivers temporarity and betrays simulation.
Paints on canvas is crushed by the roller and images and symbols are attenuated each time it’s repeated.

In present circumstance which every representation such as images and symbols are replicated by digital operations, he makes actual substances floats up in their repetition process to analogize them.

Jackson Polock, who is known for the work that seems to be spillingly scattered a picture of paint, and it is generally considered that the production method (called dripping and polling) is generally controlled, argues that there is no randomness.
Even if his remarks are just bluff, at least this anecdote can hear the reverberation of Vilduozoism’s authority who has been familiar with some techniques.
The evaluation of his works will have oscillation between randomness and pre-established harmony.

Comparing to modern style which is drwan with personality, intention and emotions, he chose repeating a ladymade images and symbols in contemporary art world which states how we do not draw.

Looking at his work, from entire work itself, you receive impression from the iteration of the image which are controlled. When it comes to details of the work, you will realize the trace by a roller.

“Calcite on Myth”, as his latest series, has a structure which inverts his previous series in terms of figure and ground.
In previous series, images and symbols repeated by a roller was “figure”, however, in his latest one, ladymade image which is transcribed to canvas is possessed as “ground”.

abstract elements which was “ground” in past works are foregrounding to replace images and symbols.

A white paint that is repeated to cover the figure of the sculpture work is mixed with calcite (well-known as marble).
By repeating tests about blending rate of paint, distinctive matiere is realized.

The texture which is made by decaying and repeated white painting and “Calcite” covers “Myth” and implies something with it.